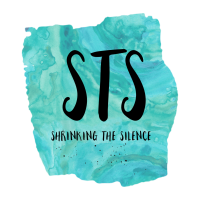 Sharing a voice on living with rare disease

Acknowledging my medical trauma, three years on — May 2, 2018

In September this year it will have been three years since I lost my bowel, it’s taken me this long to fully appreciate how much this has affected me. The bowel is a funny organ to lose. You often hear of throwing parties before amputations or things like that. When it comes to your bowel, how do you send it off in style? It’s not exactly an organ we talk about openly.

My fight or flight response at the time definitely was to fight. I pushed through and didn’t let my emotions get in the way of moving past each hurdle and making a full recovery, although very importantly I did start seeing a psychologist because I did have a lot of fears and anxiety around the diagnosis. I had no idea how to process the news that I needed to have major surgery to remove my bowel. I barely knew the importance of my bowel (I definitely do now that I no longer have it!).

My first release of the enormity of what I had been through came when I left hospital after my surgery. I couldn’t explain it but I just burst out crying. I hadn’t cried for over a year about the diagnosis and I think I was triggered by being unable to do the simplest of things and at that moment it hit home.

Now three years on, I’m acknowledging more and more what I went through, and more importantly realising the strength of my body. I think back now to when I woke up from my first surgery and present day me questions how on earth I managed to persevere and recover. My body had been pushed to the limit in a 6-hour surgery and responded to that in no time at all. The next day I woke up and I’d lost a significant amount of weight already, and I knew that not from going on the scales but just looking at my body. That really surprised me and still does to this day.

For the next few months after surgery I remained under 50kgs – a feat never seen in my adult life before! I was gaunt, and severely lacking the ability to absorb essential nutrients and electrolytes. Thankfully my body has now fully healed and my makeshift bowel is now fully functioning and I’m used to my new normal.

In more recent times, I’ve similarly had a delay in acknowledging the enormity of my situation. At the end of 2016 once I had the all clear from surgery and was getting on with life, a desmoid tumour popped up. It threw into the mix another crazy scenario I would never have imagined – a referral to an oncologist at a cancer clinic. Within a few months of seeing the oncologist my tumour had doubled in size and was showing no signs of stopping without some hard core treatment, aka chemo.

Again I switched on to my fight mode, chemo, no problems! On the inside I was terrified, I had no idea what was going to happen with this tumour and what that meant for my overall health, but I really struggled to vocalise this to other people.  I maintained an image of being strong all the time, ready to tackle it head on and I was coping fine with everything.

I look back now and I know that I am so lucky to have got through that ordeal and be in a position where my tumour is stable and has significantly shrunk since its worst period. It was only a year on from when the tumour was at its worst that I could acknowledge how touch and go the whole thing was and how draining and worrying the string of ‘bad news’ appointments was on me and my family.

I really appreciate the efforts of my oncologist in the appointments post starting chemo where he could read between the lines that I wasn’t 100% coping and snuck in a reminder every now and then that I was going through a hard situation and I had every right to complain and be upset. The message did eventually get through to me and particularly in the last few months I’ve been a bit easier on myself and know that I don’t have to be fine all the time.

I’ve learnt that it’s ok to be a bit more vulnerable, it’s ok to admit when I’m having a bad day and it’s healing to reflect on what a rollercoaster the last few years have been and smile that I’ve come out the other side.